Before I Began taking Zija

First off, I am a pretty healthy guy and have been most of my life. I try to avoid taking medicine if it isn't absolutely necessary, because most medicines have a lot of side effects. Drinking the recommended amount of water can often cure headaches and things like that for me. I am always exercising in some form, and enjoy that greatly.

I do have had some problems with my knees, and stomach. Aikido is a great martial art that is kind to the overall body, but I think sitting too much, and for too long, in seiza (sitting on the knees) and techniques where you walk on your knees have had a negative impact. And being a little taller than average also makes me more prone to knee problems.

My knee problems weren't big and normally I didn't notice them, but when I was watching a movie at the cinema and I couldn't have my legs stretched out for a long time I could feel the pain. I remember one time when I was going to stand up after the movie was done, and I almost couldn't stand up because it hurt so much. I can take pain pretty well and after a while it was better so that was just life I thought. I tried massaging my knees but that didn't help. I tried to stretch my legs more and I tried to take something that was supposed to be good for knees and joints but that upset my stomach a lot so I couldn't take it. I've had some problems with balancing my stomach and some food upset it more but nothing like when I tried this. (I don't remember what it was called).

How I Decided to Join Zija 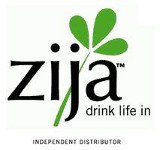 The world is full of advertisements and most people are sick of it. We are so sick of it that we often turn away from everything, because it is hard to know what products are lies and which are really great for real. I usually shut my eyes to all the advertisement that are out there, but when a close friend of mine joined Zija I knew that this was something good. He had done a lot of research before joining and he had many good things to say about Zija's products as they supported his healthy lifestyle. One thing was that through his lifestyle changes, which he nourished and supported with Zija, his knees felt better and he was sure with the same lifestyle changes my knees would feel better too even though we didn't have the same knee problem at all. I was also a little interested that you could make money on this too so I decided to try it out. 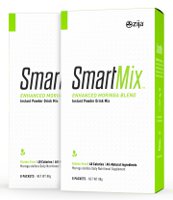 I think the effect is bigger the worse shape you are in, but even for me being in pretty good shape I could feel a difference. The first few days I felt that I had more energy. I noticed that my pulse and breathing didn't go as high during exercise as before. Often it takes a long time before you notice a big difference with changing your food, but after 2-3 weeks I went to the cinema and watched a movie. As I said before I always got a pain in my knees when I can't stretch them out. I was very amazed when I didn't get that pain at all. These lifestyle changes supported by the nourishment and support of Zija were very fast and effective. Could it really be this good, I wondered? Maybe it was just coincidence?

After months of testing while I was watching more movies at the cinema and I made a 10 hour trip to China sitting without much place for my legs ' I don't think so. When I got the great results I had to get my father to change his lifestyle and support the healthy changes with the antioxidants and nourishment of Zija, since he has worse knees than me. He was very skeptical about it but I bought it for him and pushed him to really try it. Even he had to admit that he felt more energized to make healthy lifestyle changes that were was good for his knees. He stopped taking the SmartMix and went back to his old ways of life and his knees got worse, he began again and they got better. Can you have better results ? It didn't stop there. A classmate that also had bad knees tried the lifestyle changes supported by Zija nourishment and she called me before a week had gone and asked if it really could have helped already. It did. She also tried the stop and start test with great results. She noticed that it also was good for her skin.

Another example of how good the Zija SmartMix can really be in supporting and energizing a healthy lifestyle is when a person found me and he said he had tried everything and wanted to test this. He had arthritis and high blood pressure and he said that when he had tried other things his blood pressure had risen even more. He should almost not be alive he said. So, what happened? One interesting thing is that he didn't dare take the full dosage, so he only took half of the recommended dosage each day. Even with that half a dose of Zija supporting his healthy lifestyle changes, his arthritis pains disappeared in a few weeks. He went to the doctor to check his blood pressure that had gone up when he tried other things. His healthy lifestyle choices, nourished and immune-supported by Zija, saw his blood pressure go down! 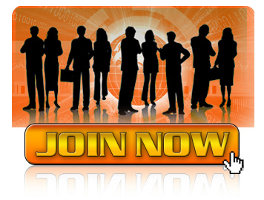 I get my products delivered to my door when I want them. I have mostly tried the Zija Smartmix but there are several skin-products that are great too with just as amazing results. I like to drink life in every day and don't want to miss it any day. The company is very helpful and it is a convenient system to get what your body needs.

You can try Zija out and just enjoy the products and later if you are interested you can even make some money. Our Zija Team will help you out because it is a great system that we can work together. But being a Distributor is not for everyone and first you might want to try it yourself.

If you have any questions, don't hesitate to email me j.fryksten@drinkmoringa.se.

I hope to hear from you and about your future experience with Zija's Moringa products.


Zija is the best lifestyle change you can make, because when you give your body proper nutrition it has the amazing ability to restore itself!
Zija International and Team Drink Moringa do not claim Zija products diagnose, treat, cure, or mitigate any disease, class of disease, or ailment.
© 2011-2015 Drink Moringa and ICTechnology